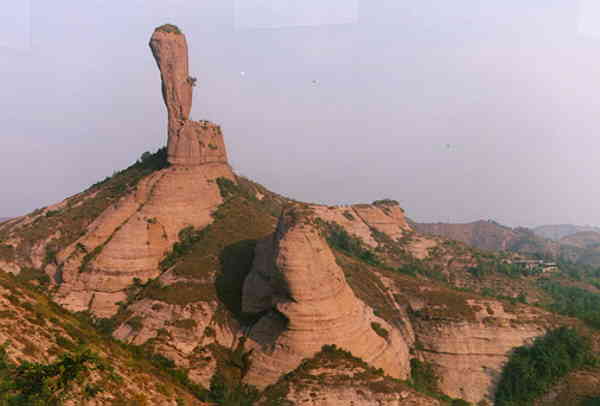 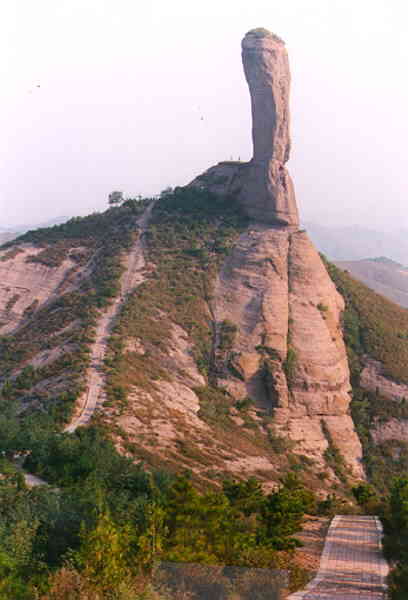 Phallus rock, near Chengde, about 50 meters high, see persons for scale on the right/second picture.

A spell of nature, a phallus rock. It is located near Chengde, 200 km NE of Beijing. This is also the location of a famous, but little visited summer palace of the Chineze Emperors. The Chinese consider it a fetility symbol and it is visited by young couples. 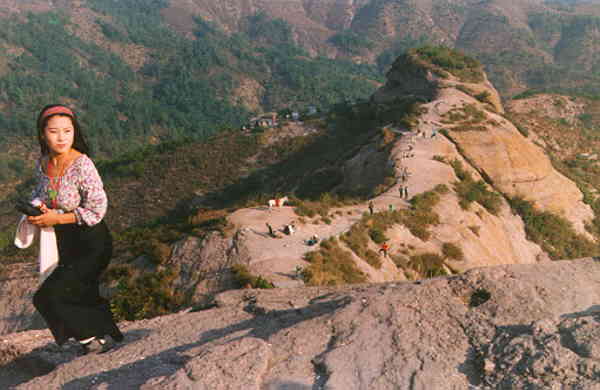 Young girl, walking up to the rock.

The Putuo Zongcheng Temple of Chengde, built in the 18th century during the reign of the Qianlong Emperor. After Wiki.