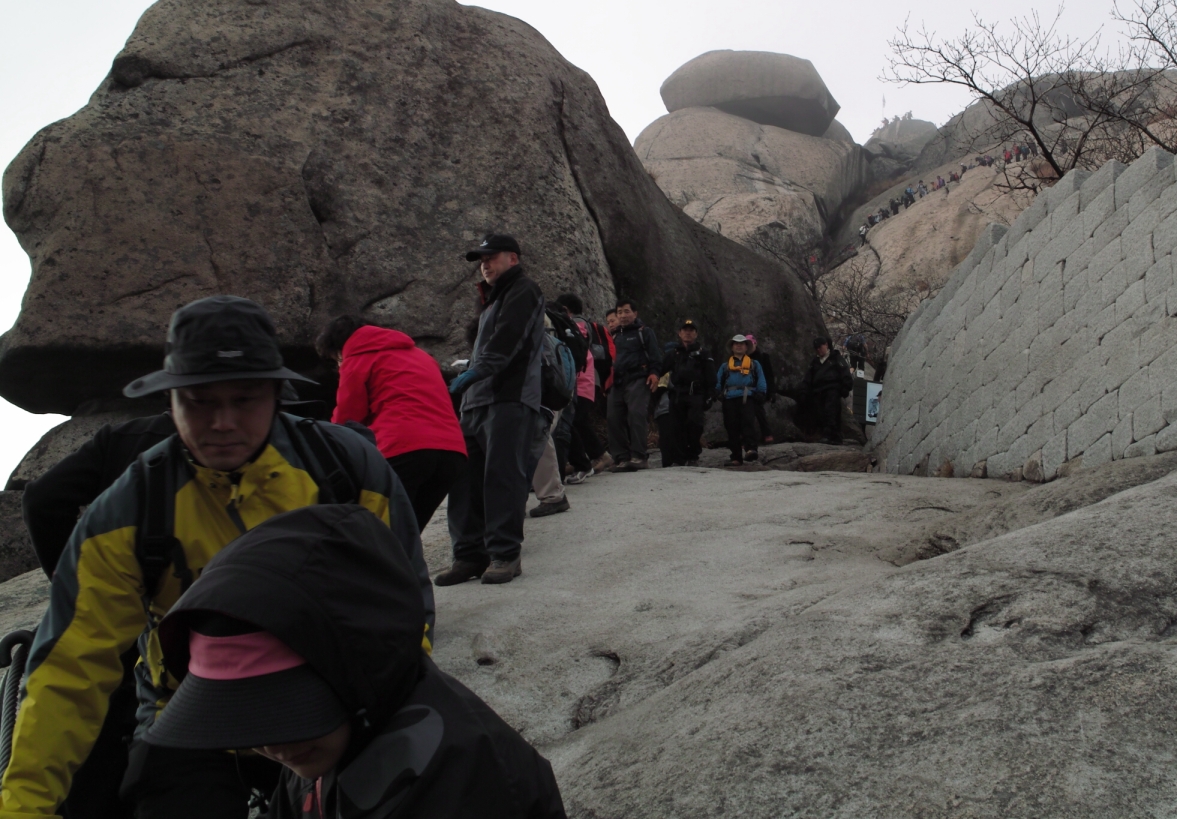 A long cue of Koreans along cables on the last 100 m up to Baekundae Mountain (very far distance). (Click on picture to enlarge). 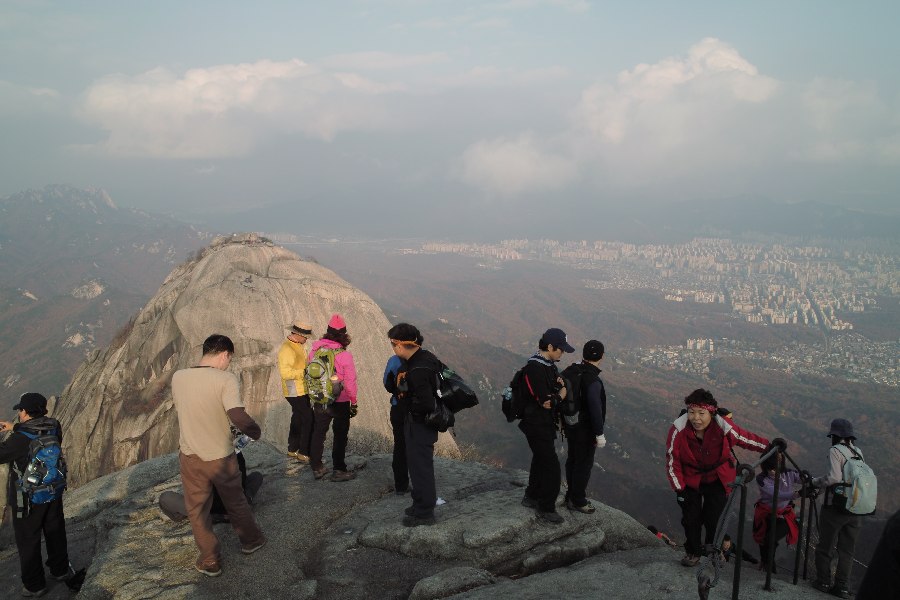 A stop-over in Seoul, just a single day to spend. What to do? Seoul is one of the biggest cities in the world with over 10 million people, and you could easily get lost among monotonous buildings, streets and traffic.

Staying at the Hyatt at the airport there is a also a logistics problem. Seoul centre is around 75 km and over 1.5 hour in travelling time. The high speed train to Seoul Central Station that would take only 30 minutes, will not be finished until mid 2009.

The obvious choice is one of the many mountains north of Seoul in the Bukhansan National Park. Parks, museums and temples I could do another time when staying in down-town Seoul.

I rented a Hotel limousine taxi for the day to cover the 80 km to the mountain quickly cutting the one-way, complicated 2 hour travelling time to 1 hour. This was only Euro 120 and the taxi driver, Kim, was very happy with such a good customer. He played Abba, Beatles and Carpenters music, his music when he was young.

He said he would happily join me in going up the mountain, serving as a guide. Close to the park we asked a hiker, another Kim, for the route, and she hopped in the taxi and also went along. Now I had two guides, Kim and Kim, both their last name.

The entrance is very busy, their were around a 1000 hikers passing and several restaurants. Koreans are know to be serious hill walkers, young and old.

They hesitated when I said I wanted to go up Baegubae Moutain and not one of the lower peaks but went along.

Weather was fine, 15 degrees Celsius and mostly cloudy. The ground was reasonably dry and my running shoes would be fine.

Among the many Koreans, the few Westerners stood out. There were only a few, perhaps some 10 or 20. They looked lost, feeling uneasy among so many Koreans. Most were young and many are English teachers on a work holiday. Korea attracts few Western tourists.

The 0.9 km sign sounded hopeful. Only 15 minutes? I said. And another15 minutes for pictures?

This proved to be optimistic. The path now changed in a very rocky stair case, going up steeply. At a pass there was a wooden stair case and the last 100 meters up was steeply up on barren rocks secured by cables, in places fairly steep. The problem was not the steepness but the number of people. You often had to wait at steeper sections for a cuen of people, where you had to pull yourself up along the cables.

The top had a nice view at the other granite pinnacles and at the Norhtern outskirts of Seoul.

View at the peaks near the SE entrance of the Bukhansan National Park. Baekundae Montain in the very far distance. 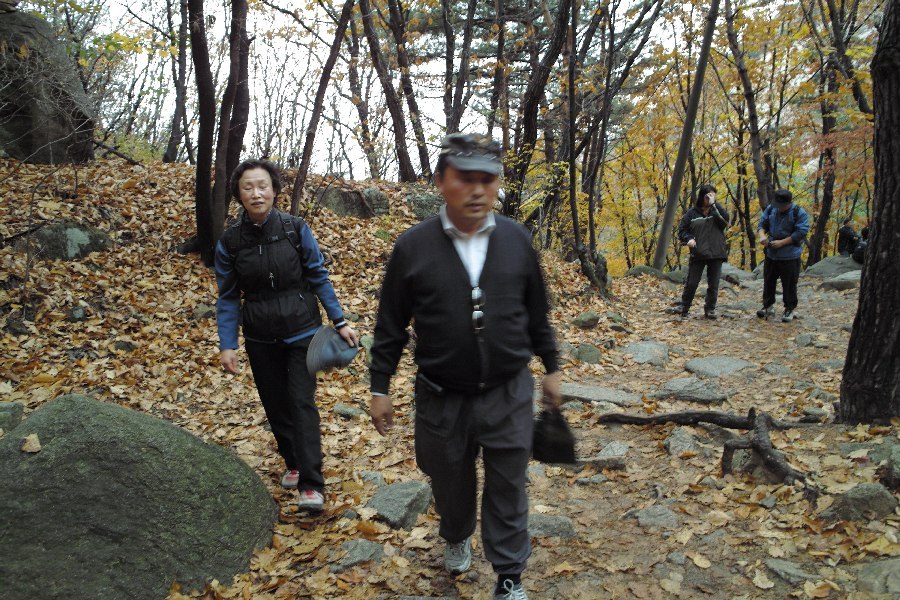